The three-match T20I series between New Zealand and India has been cut down to two games after a downpour in Wellington. However, other than that and moving the location to Mount Maunganui, not much has changed. In fact, rain is also expected for the second Twenty20 International.

The T20 World Cup semifinal match between Hardik Pandya and the revamped India was slated to begin in Wellington, but due to persistent rain, the series was cut down to two games. There is a chance that the series will be shortened further since Mount Maunganui is also threatened by impending rain.


Although Pandya has previously taken the team’s helm three times—twice against Ireland and once against the West Indies—this series was meant to signal a change in India’s T20I strategy. A few games versus New Zealand would be a fantastic place to start to gauge how the team responds to Pandya’s coaching, their game plan, how they handle pressure, etc. Beyond all of that, they will first pray for continued good weather.

The center of attention in the New Zealand camp will be on their skipper Kane Williamson, who has received a lot of recent media attention. He was one of the major releases in the IPL just nine months after being the first player to be retained by Sunrisers Hyderabad, but strike rate problems continued cropping up during the multi-team event in Australia. He, along with the other New Zealand players, will be eager to put everything behind them and concentrate on what is in front of them. 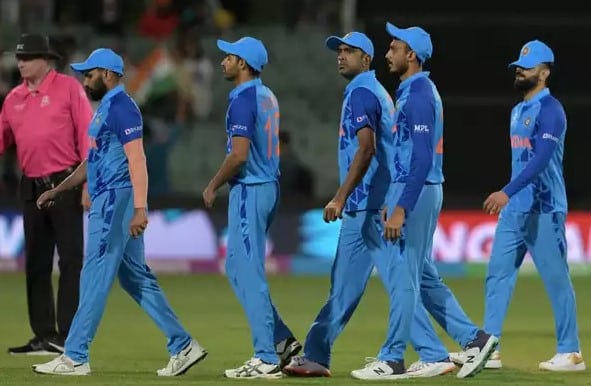 The Mount Maunganui surface is anticipated to offer the bowlers some help in the early going. The batters will enjoy themselves here, though, and will be looking to make the most of the shorter boundaries and the quick outfield. A run-fest appears to be almost inevitable. The team that wins the toss will attempt to bowl first.

With Martin Guptill being left off the roster, the outstanding Finn Allen should get another chance to start at the top of the order. The lineup of the team, excluding Trent Boult’s absence, should be similar to that of the T20 World Cup. Michael Bracewell and Blair Tickner could be the ones sitting out.

Dinesh Karthik should be given the opportunity to play with Rishabh Pant in this series. But whether he bats at the top of the order is still up in the air. In R Ashwin’s absence, Yuzvendra Chahal, who did not play in the T20 World Cup, ought to be included as well.

Toss Prediction: India won the toss and option to field.

Match Winner: New Zealand will win the match with 20 plus runs margin

We have seen that New Zealand have in good form from the ICC T20 World cup with respect to India so there is 65% chance that New Zealand win the match. India has 35% chance of winning if his middle order performs well.

Disclaimer: This prediction is based on the understanding, analysis, and instinct of the author. While making your prediction, consider the points mentioned, and make your own decision.